So you’re here because you’re looking for advice on how to get over an ex boyfriend?

Well, before you can get over him, you need to learn the #1 mistake that keeps most women from getting over an ex boyfriend. 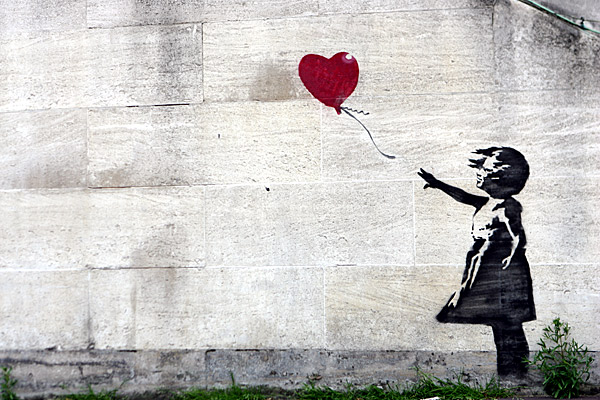 Over the past couple of years that I’ve been helping people get over an ex, one of the things that I’ve kept seeing over and over again is just how long a lot of us tend to hold on to the relationship, even after the break up.

The problem is that we all have an
idealistic vision of how things used to be.

We think back to how amazing everything was and how happy we were together. But unfortunately, many of us cling to this glorified image for too long and it actually ends up hurting us.

When we remember how great the relationship was in the beginning, a part of us wants to believe that one day we’ll be able to experience that “feeling” again. Even when the relationship is going downhill and you guys are constantly fighting and arguing, there’s a part of you that’s still holding on to the hope that maybe one day you guys will be able to get things back to the way that they were.

Now of course, a certain element of hope is necessary in order to make a relationship work. Problems and fights are inevitable and you can’t just throw your hands in the air and give up
at the first sign of struggle.

You acknowledge that there are issues in your relationship, perhaps you even bring it up to your partner one day. They listen but nothing changes. Or maybe they don’t even listen at all and yet
you tell yourself that everything’s going to be fine. You try to convince yourself into thinking that the problems are just magically going to disappear on their own one day.

Months pass and you still find yourself bumping your head up against the same issues over and over again. And yet you still continue to hold on to the hope that things are going to change, even in the face of overwhelming evidence to the contrary.

After a while, some people just lose hope altogether. It’s simply a defense mechanism that they develop in order to avoid the disappointment they feel when they try to work through their issues with their partner and end up getting nowhere.

However, this isn’t optimism… it’s avoidance.

By avoiding all the things that bother them, what they essentially end up doing is “numbing” themselves. In order to avoid feeling all the negative unpleasant emotions, they just shut down completely. Sure, this may help you avoid feeling angry or disappointed but it also prevents you from feeling the joy, the love and the passion. However, at that point, there probably wasn’t even much of it left. In any case, you’re stuck feeling unhappy in the relationship and yet you continue to tolerate it because you’re too afraid to leave.

At some point, we finally muster up the courage to leave. But as we approach the edge, we get scared. We realize that we’re about to lose everything we have and we have a hard time imagining what our life is going to be like without them. And that’s when the games of rationalization and justification begin.

In other words, you do anything you can to try to cover up your dissatisfaction and you fool yourself into complacency. You cling to your trusty friend called hope and you begin telling yourself that things are going to get better.

But the truth is, you’re not fooling anyone. Deep down, you know you’re not happy. You know that it’s just a matter of time before you guys break up for good. But yet, you’re too scared to put an end to it yourself. It’s easier to just ride it out until it comes to an end on its own. In the meantime, you can try to convince yourself that things are improving. However, you can’t lie to yourself forever.

“Stop wearing your wishbone where your backbone ought to be.”
– Elizabeth Gilbert (Author of Eat, Pray, Love)

Being in a relationship that you know is not right for you is not only exhausting and emotionally draining but it’s also very frustrating. At times, it can feel like you’re trying to jam a square peg into a round hole. You get angry, frustrated and disappointed when it doesn’t fit and yet you keep trying, stubbornly holding onto the hope that one day it will.

However, at some point, you have to accept what’s been right in front of your eyes the whole time: that no matter how hard you try, the pieces won’t fit. There comes a time where you realize that you’re only hurting yourself even more by stubbornly holding on and trying to make fit.

“Relationships are like glass…
sometimes it’s better to leave them broken
than to hurt yourself trying to put it back together.”

And the only thing I hate to see more than two people hurting themselves by trying to put things back together is when one person has clearly moved on… while the other person is still holding on.

In fact, last week I got an email from a woman who got dumped 3 years ago and she was still struggling to get over her ex-boyfriend. She said a part of her was still hoping that he’d come back to her someday. Now, waiting around for your ex for 3 years is a pretty extreme example but I get different variations of this email all the time.

A Sneaky “Trick” that Your Mind Plays on You…

See, sometimes your mind can trick you into thinking that you’ve truly accepted the loss and yet it still keeps the possibility of you two getting back together open for “sometime in the future.”

You know, it’s that voice that creeps up and says, “maybe what we really need is just some time apart. That way I can learn from my mistakes and he’ll learn from his and then we’ll get back together and it’ll be amazing again”

It’s that little inkling of hope coming up again. And while hope is a great thing to have in most cases; in this case, hope kills. In fact, carrying around the hope of you two getting back together is one of the most dangerous mistakes you can make after a break up.

It keeps you living in a constant state of inner conflict because a part of you will be like “okay, I’m done with them” while another part of you is still holding on to the hope of getting back together.

And what’s ultimately going to happen is you’re going to end up feeling stuck because you haven’t truly accepted that the relationship is over and you haven’t given yourself the opportunity to actually grieve the loss. By keeping the possibility of getting back together open, you’re not giving yourself the opportunity to truly move on with your life.

So if your break up was a bit ambiguous and there’s still an “open loop” – you need to finish the job and close it just to make sure that there’s no misunderstanding between you guys. Reach out to them and tell them that you respect their decision, even though it’s not an easy one for you to come to terms with. Make it clear that you’re moving on so that both of you know that what’s done is done and neither of you are secretly waiting around for one another.

Closure is absolutely essential if you want to get over your ex and move on with your life. So if you’re serious about getting over your ex boyfriend, you have to be fierce about keeping any thoughts of you two getting back together from entering your mind. Do whatever it takes to get yourself to accept that you two are done for good and nothing is ever going to change that.

One of the things that really helped me was repeating this simple little affirmation out loud to myself over and over again anytime I thought about the possibility of getting back together.

It’s over and he’s not coming back.
Not now and not sometime in the future.

His chapter in your life is done. Now it’s time for you to let go of the relationship once and for all so that you can finally get over your ex boyfriend and move on with your life.

Hi, I'm Kevin. Most people call me the "Breakup Doctor"

I'm on a mission to restore happiness one heartbreak at a time.

I help people repair their relationship and rebuild their life after a broken relationship.

Copyright 2020 © The Break Up Doctor, Inc. All Rights Reserved

*Individual results may vary Any use of this website constitutes acceptance of our Terms & Conditions and Privacy Policy. By entering your email address, you are also requesting and agreeing to subscribe to our email newsletter. You must be 18 or older to enter. Disclaimer: individual results may vary, and you should not use this information as a substitute for personalized help from a licensed professional. The material on this site may not be reproduced, distributed, transmitted or otherwise used without the written consent of The Breakup Doctor Inc. If you need to contact support, please go to the Contact Us link above. You can also read our FTC Disclosure Statement here. Our refund policy is listed here