If you just got dumped and are looking for advice on how to get over her, you first need to learn about the #1 biggest mistake that most guys make after a break up that actually prevents them from moving on with their life.

After a relationship ends, most guys feel a really strong urge to get their ex back. In fact, most of them try really hard to get her back.

Have you ever seen one of those movies where the girl finally decides to take the guy back after he does something to show her how much he loves her?

I hate to break the bad news… but those are just happy Hollywood endings!

Unfortunately, a lot of guys don’t realize that and they follow in their footsteps thinking they’ll be able to get her back by showing her how much they love her. They’ll call and text her over and over again to try to figure out her “reason” for leaving. They promise to change and they beg for another chance.

Every guy has their own way of doing it. Some write their ex really long emails, others write them letters and love songs. Some guys even send them flowers and gifts. 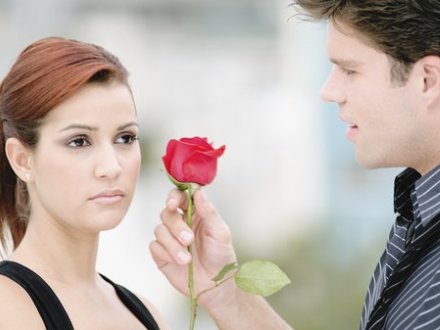 The reason we do is because we think that if our ex only knew just how much we love her, she wouldn’t leave. Well, the thing you have to remember is that she’s not unconvinced of your love. That’s really not the issue here.

She knows that you love her, she knows that you care about her, and she’s choosing to leave you anyways. Now I know that probably sounds a little harsh but people almost never leave just because they’re not feeling “loved enough”

So How Do I Get Over Her?

If your girlfriend left you, you have to realize that trying to get her back is a waste of your time. In fact, it’s actually counterproductive and will make it HARDER for you to get over your ex girlfriend

Not only does it waste your time and energy, and ultimately fail to change her mind, but it also makes it very hard for you to change yours.

See, the more you spill your heart to her and tell her how much you love her; the more you start to believe that you need her in order to be happy.

With every creative expression of your undying love, the loss becomes more and more devastating. What you’re basically doing is exaggerating how much you love her and how important she is to you, which is only going to make it harder for you to get over her.

If that’s not bad enough, pouring your heart out to her and being totally vulnerable will leave you feeling even MORE heartbroken once you realize that it didn’t have any effect on her whatsoever.

Now don’t get me wrong, she may empathize with you and truly appreciate your sincerity but it won’t actually change anything. Once a woman has decided to leave; trying to get her back by pouring your heart out to her will only make you feel WORSE.

It will simply reaffirm the fact that she doesn’t feel the same way about you.

The pain of rejection is going to sting really bad and it’s going to be really hard for you to accept. So please save yourself the pain and all the humiliation while you’re still ahead.

It’s best to just let go now and move on with your life with dignity. Otherwise, you’re going to look back on this a few months later and you’re going to feel embarrassed that you acted so desperate.

3 Tips for Getting Over Her…

1.  Stop doing things to try to get her back!

3.  Accept that getting over her doesn’t start until you stop trying to get her back.

So do yourself a favor and let go so that you can actually move on with your life and get over her!

Hi, I'm Kevin. Most people call me the "Breakup Doctor"

I'm on a mission to restore happiness one heartbreak at a time.

I help people repair their relationship and rebuild their life after a broken relationship.

Copyright 2020 © The Break Up Doctor, Inc. All Rights Reserved

*Individual results may vary Any use of this website constitutes acceptance of our Terms & Conditions and Privacy Policy. By entering your email address, you are also requesting and agreeing to subscribe to our email newsletter. You must be 18 or older to enter. Disclaimer: individual results may vary, and you should not use this information as a substitute for personalized help from a licensed professional. The material on this site may not be reproduced, distributed, transmitted or otherwise used without the written consent of The Breakup Doctor Inc. If you need to contact support, please go to the Contact Us link above. You can also read our FTC Disclosure Statement here. Our refund policy is listed here